Foreign citizens seeking to immigrate to Spain have plenty of choices in terms of means of obtaining residency here. Until a few months ago, these were also available for Russian citizens interested in moving here, however, at the moment several measures have been taken by the Spanish government as a consequence of the conflict in Ukraine.

If you are interested in moving to Spain from Russia under the current circumstances, you should know that this is still possible. Below, our immigration lawyers in Spain explain the main ways you can do that.

The first and most important aspect to consider if you want to immigrate to Spain from Russia is that the government does not impose any sanctions on ordinary citizens. However, one of the most accessed programs, the Golden Visa scheme has been temporarily suspended for Russian citizens seeking to apply for it.

Another important aspect to take into account is that if you are a Russian citizen who has already obtained an EU residence permit, you can enter Spain based on it.

Those who are first-time comers to Spain can apply for one of the visas or residence permits available under the legislation of this country.

Our immigration lawyer in Spain can offer tailored assistance to Russian citizens who find themselves in the position of having to leave their home country.

How can Russian citizens move to Spain?

If you want to immigrate to Spain from Russia, here are the main types of residence permits and the ways you can obtain them:

Considering Russian citizens were some of the most important beneficiaries of wealth visas in Spain, we remind them that at the moment the program is suspended for them. However, our lawyers can guide you on other means of immigration.

We are also at your service if you want to relocate to Spain from another country, including the USA.

Assistance for persons who want to immigrate to Spain from Russia

If you want to move to Spain from Russia and need support, our lawyers can help you. From advice in choosing the appropriate type of residence permit that enables you to live here to obtaining asylum, you can definitely rely on us. For those who are not acquainted with the Spanish immigration system, it is worth noting that a temporary residence permit has a validity of one or 2 years. The non-lucrative visa, however, will enable one to live there for more than 90 days if you are looking to stay here for less than a year.

Assistance in enrolling with the social security services and renting a property is also in the attention of our law firm.

If you decide to immigrate to Spain from Russia, feel free to address us your questions.

How many Russian citizens live in Spain?

The Russian community in Spain is not a large one, representing around 0.83% of all immigrants. According to data cited by a local newspaper:

If you decide to move to Spain from Russia and need legal advice or support, contact us. Our immigration law firm can help you find a suitable solution. 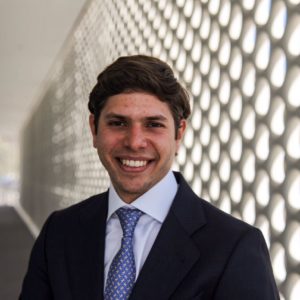 Federico Richardson is the leader of our team of bilingual lawyers in Barcelona.
Clients can rely on the quality of his work and his involvement in each case.
Contact us